Open letter on the “state of liturgical exception” (english version)

Open letter on the “state of liturgical exception” (english version) 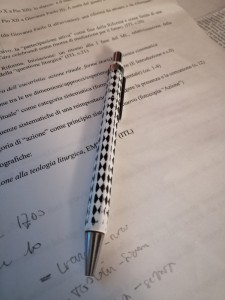 Open letter on the “state of liturgical exception”

The great liturgical tradition, which has always accompanied and supported the Church in her history of grace and sin, hears the groaning of individuals and nations in this pandemic crisis, which brings suffering and affliction to those who are sick, and fear, isolation and loneliness to everyone else.  The ordinary rhythm of the Lenten and Paschal journey is altered and subverted, in solidarity with our common suffering. We would never have thought, however, that a small but not marginal suffering would also come at the same time throughthe exercise of ecclesial authority and through the decrees Quo magis e Cum sanctissima, which the Congregation for the Doctrine of the Faith published on 25 March 2020.

It is no surprise that This Congregation should devote its attention to the liturgy. But special and singular is the fact that it modifies the ordines, introduces prefaces and formularies for feasts, and modifies calendars and criteria of precedence. And it does this on a 1962 missal. How is this possible? The Congregation, as is known, in this case moves in the space of an exceptional authority, which dates back 13 years, in accordance with motu proprio Summorum pontificum. But since time is greater than space, what is possible on the regulatory level is not always appropriate. Therefore, it is crucial to engage in critical reflection on the logic of this development.

Time, in fact, has unveiled to us the paradox of a competence on the liturgy being taken away from the Bishops and the Congregation of Worship: this was arranged, in Summorum pontificum, with an intention of solemn pacification and generous reconciliation, but soon it changed into a serious division, a widespread conflict, and became the symbol of a “liturgical rejection” of the Second Vatican Council. The greatest distortion of the initial intentions of the motu proprio can be seen today in those diocesan seminaries where it is expected that the future ministers will be trained at the same time in two different rites: the conciliar rite and the one that denies it. All this reached its most surreal point the day before yesterday, when the two Decrees were released. They mark the culmination of a distortion which is no longer tolerable, and which can be summed up as follows:

- it undertakes to elaborate “liturgical variants” of the ordines without having the historical, textual, philological and pastoral competences;

- it seems to ignore, precisely on the dogmatic level, a grave conflict between the lex orandi and the lex credendi, since it is inevitable that a dual, conflictual ritual form will lead to a significant division in the faith;

- it seems to underestimate the disruptive effect this “exception” will have on the ecclesial level, by immunizing a part of the community from the “school of prayer” that the Second Vatican Council and the liturgical reform have providentially given to the common ecclesial journey.

A “state of exception” is also happening today on the civil level, in its harsh necessity, and this fact allows us greater ecclesial foresight. To return to an ecclesial normality, we must overcome the state of liturgical exception established 13 years ago in another world, with other conditions and with other hopes, by Summorum pontificum. It no longer makes sense to deprive diocesan bishops of their liturgical powers; neither does it make sense to have an Ecclesia Dei Commission (which has in fact already been suppressed), or a Section of the Congregation for the Doctrine of the Faith which take away authority from diocesan Bishops and the Congregation of Divine Worship; it no longer makes sense to enact decrees to “reform” a rite that is closed in the historical past, inert and crystallized, lifeless and without vigor. There can be no resuscitation for it. The double regime is over; the noble intention of SP has waned; the Lefebvrians have raised the barhigher and higher and then run away, insulting the Second Vatican Council and the present pope along with all three of his predecessors. Continuing to nourish a “state of liturgical exception” – one that was born to unite, but does nothing but divide – only leads to the shattering, privatization, and distortion of the worship of the Church. On the basis of these considerations, we resolve together to request that the Congregation for the Doctrine of the Faith immediately withdraw the two decrees of 25/03/2020 and restore all powers concerning the liturgy to the diocesan Bishops and the Congregation for Divine Worship. Obviously, we ask this without prejudice to the powers that this Congregation retains in doctrinal matters.

So let us leave the “state of liturgical exception”. If not now, when?

With best wishes to all colleagues and students, besieged but not conquered in life, during these bitter yet still generous times.

Leave a Reply to Patrick Click here to cancel reply.